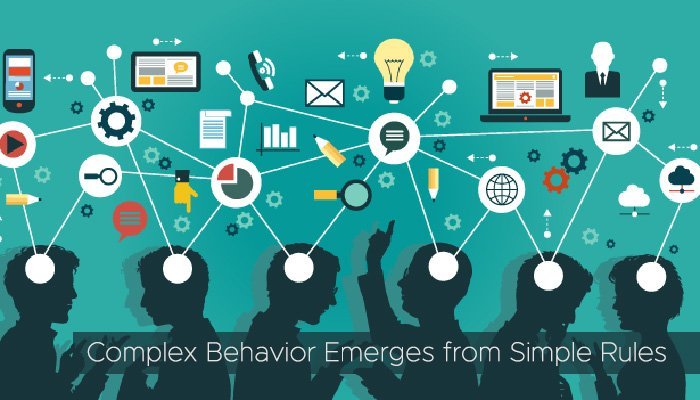 At TEDxZurich 2013 Nicolas Perony gave an excellent talk about complexity that has relevance in the collaboration technology field.  He has some excellent examples of how complex systems differ from complicated, machine oriented system, as well as the risks of thinking of complex systems as if they were machines.

The more complicated you make a machine, the more likely it will fail due to something absolutely unexpected.

Puppies: You have to see the video of this excellent example of emergent behavior.  It shows six hungry puppies interacting as they normally do: randomly.  However, when milk is given to them in a single bowl, an excellent example of emergent behavior is produced.  The puppies push on each other to get to the bowl, and they start to circle the bowl in a pinwheel pattern.  Clearly, nobody instructed the puppies to do this, nor is there any evidence that they know they are doing this, yet it simply emerges from the puppies enthusiasm to get to the milk.

Complex ≠ Complicated: His description of complicated versus complexity is very good and very clear: “Something complicated comprises many small parts, all different, and each of them has its own precise role in the machinery.  On the opposite, a complex system is made of many many similar parts, and it is their interaction that produces the globally coherent behavior.”   This is well depicted in this graphic:

He goes on to say that each of the individual elements of a complex system operates by (relatively) simple rules, but — and this is the crucial part — the emergent behavior of the system as a whole can not be predicted by the individual rules alone.

Robot Failure: He given an example of a robot he built to follow a line on the floor.  IT was a very complex machine which failed when demonstrated in a different room than it was developed in.  A very small unexpected change in the lighting cause the entire operation to fail to follow the line.  The more complicated, the more liable to fail.  How is it then that biological system achieve what they do so well.

Meerkats: He studied the behavior of meerkats and found that meerkats tend to follow a particular dominant meerkat, until they reach a barrier, such as a road.  At that point, 80% of the time, a non-dominat meerkat crosses the road first.  How is this accomplished?  How does the dominant meerkat tell the subordinant to go first?  It doesn’t.  Again, they found some simple rule in the individuals, that produced the emergent behaviors.

Animals show extraordinary social complexity, and this allows them to adapt and respond to changes in their environment.
Simplicity leads to complexity which leads to resilience.

Like an ecosystem or social behavior of animals, human organizations also display very complex social behaviors.  This is the goal of the Business Process Management discipline to support those processes.

The standard, engineering approach is to analyze the global emergent processes, to codify them, and to automate them.  However this treating the organization as a machine with specific coded responses for specific stimuli is fragile:  a small change in the environment can break it.

Perhaps what we think of a business processes, are really epiphenomena that result from internal rules on individuals that are more or less unrelated to the resulting emergent behavior.  If that is true, we should focus on thore individual “micro-rules”.  This would yield a system that is far more resilient to external changes.

But how to do that?  Nobody — as far as I know — is working on deriving such repeatable local scale rules that would, through interactions with large numbers of individuals with similar rules, produce business processes as an emergent behavior. 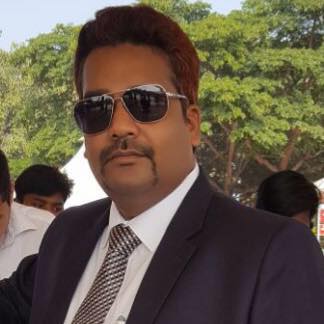 The future of public services must be data-driven
June 20, 2021